Realistic isn’t the brand you usually hear about when high fidelity comes to mind. Radioshack’s Realistic brand however is an underrated vintage audio brand that succeeded nonetheless. In this article, I’m going to being going over these tiny but very good sounding speakers (The Realistic Minimus 26s).

Where I came across these mini gems. 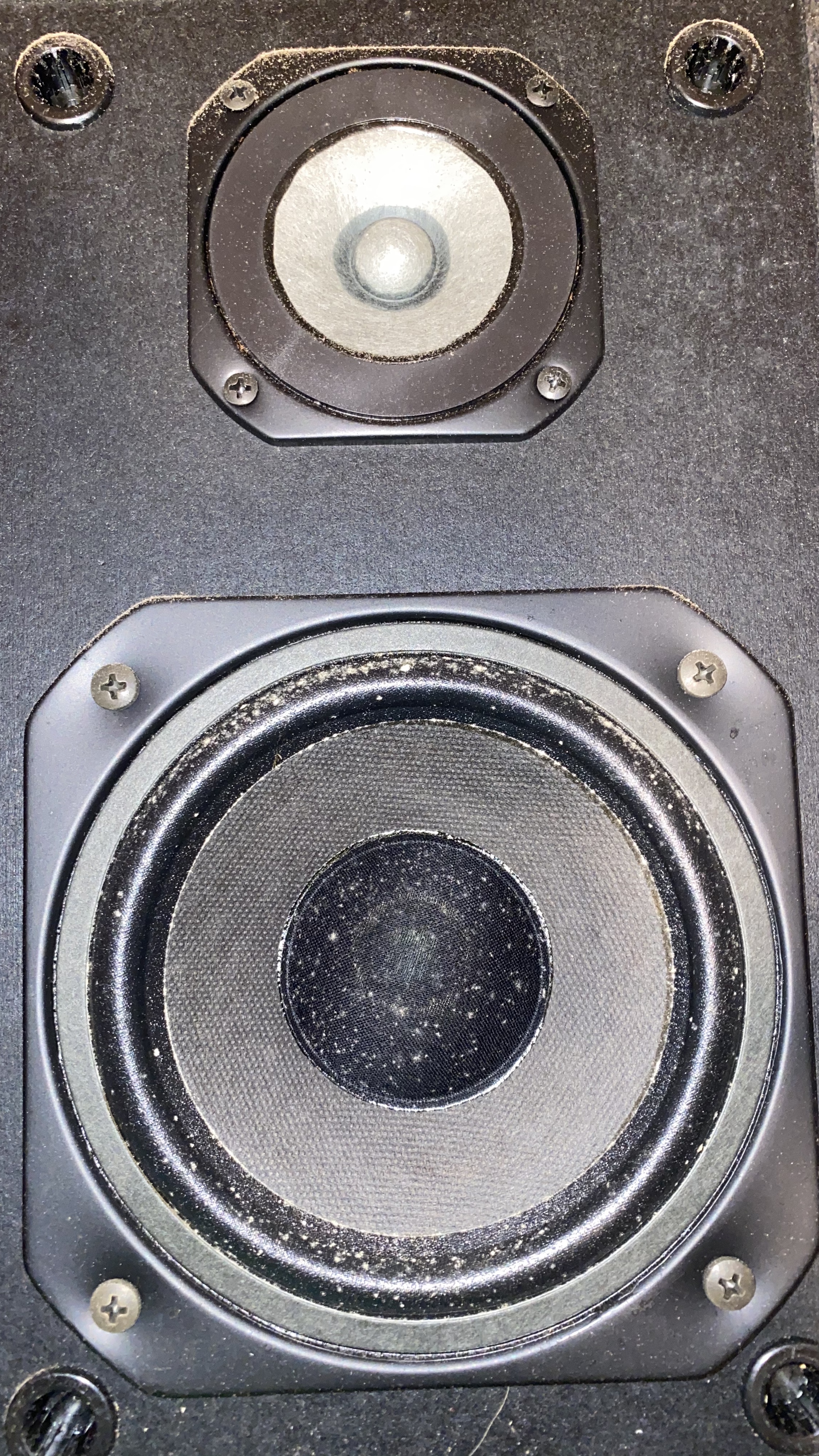 I’d just happened to be in town when I decided to stop at my local ReStore. For those unfamiliar, ReStore is somewhat like Goodwill. They regularly have electronics donated. I always stop to look for gear when out and about. I walked up and was looking around when I saw a small set of speakers. These speakers were small but had the build quality of a set of higher end late 80s speakers. On the back, I found the model number (Realistic Minimus 26) and decided to look them up. Immediately, I found an Audio karma thread which can be found here. Basically, I learned that Realistic had released a slightly different model (The Minimus 7). As I was reading, I also discovered that the Minimus 26s were well acclaimed for their unique tweeters. They used a set of cone tweeters with a dome tweeter like dust cap to disperse treble like a dome tweeter but still handle the lower treble and upper mid-range. I pulled off the removable speaker grilles and inspected the drivers. They definitely were quality drivers. The foam surrounds were also intact. I decided to take the $15 plunge (ReStore is pricier than Goodwill). 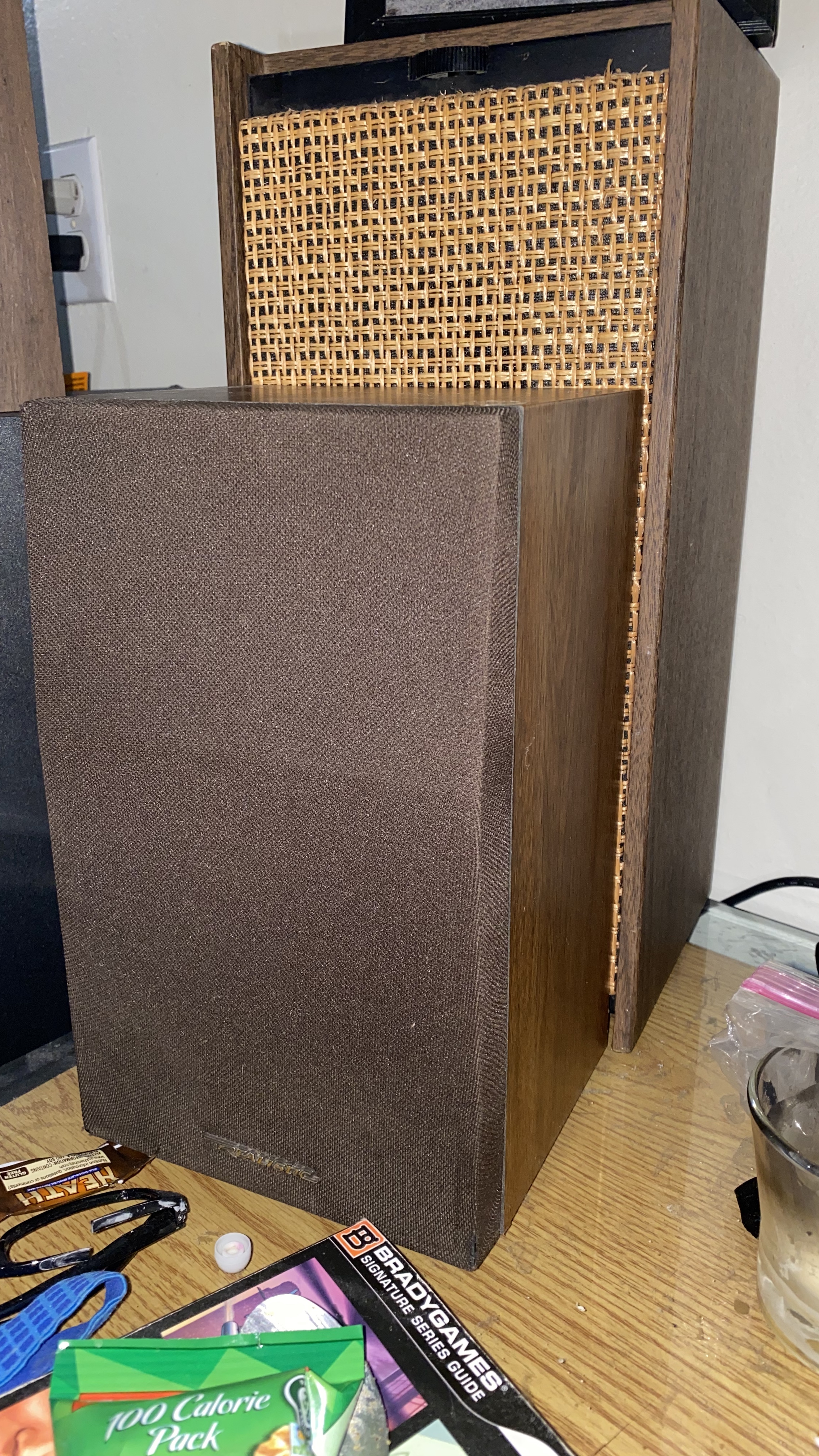 When I got home, I compared the size of them to my Electrohome SC-490s. They could easily fit inside the Electromhomes. That should give you an idea of their size. Anyways, I had hooked them up to my trusty bench amplifier, the Pioneer SA-1270. This integrated amplifier pumps out 105 large watts per channel RMS with a rather low .05 THD. This is impressive for a mid 80s integrated amplifier. The first song I played on them was “Don’t Let It Go To Your Head” by Black Harmony. This song can be found on my quality test playlist on Tidal.

Immediately, they reminded me of my old Sony studio monitors. The sound was refined so good that the mid range was nearly perfect. There weren’t any real peaks in the frequency response. Not only did the mid range surprise me, they had some mid-bass to to them. This was a surprise to me as the Realistics only have 4 inch woofers with not much of a cabinet to work with. Paired with a nice subwoofer, the Realistics would make a great set up where space was a factor. Now the tweeters, although quieter than I expected were smoother than most cone tweeters. The dispersion was really good. For example, most cone tweeters don’t sound the best when you’re not right in front of them. This wasn’t the case with the Realistics. They are the best speakers I’ve heard around this size.

Being this size, the Realistic Minimus 26s have such a variety of uses. They only need about 20 watts RMS each. This means that you can quickly pack them and a tiny amplifier like the Lepy 2020A

to experience HiFi where ever you go. For now though, enjoy the video of these tiny HiFi speakers. At the time of this writing, they’re the best speakers I’ve heard around this size.