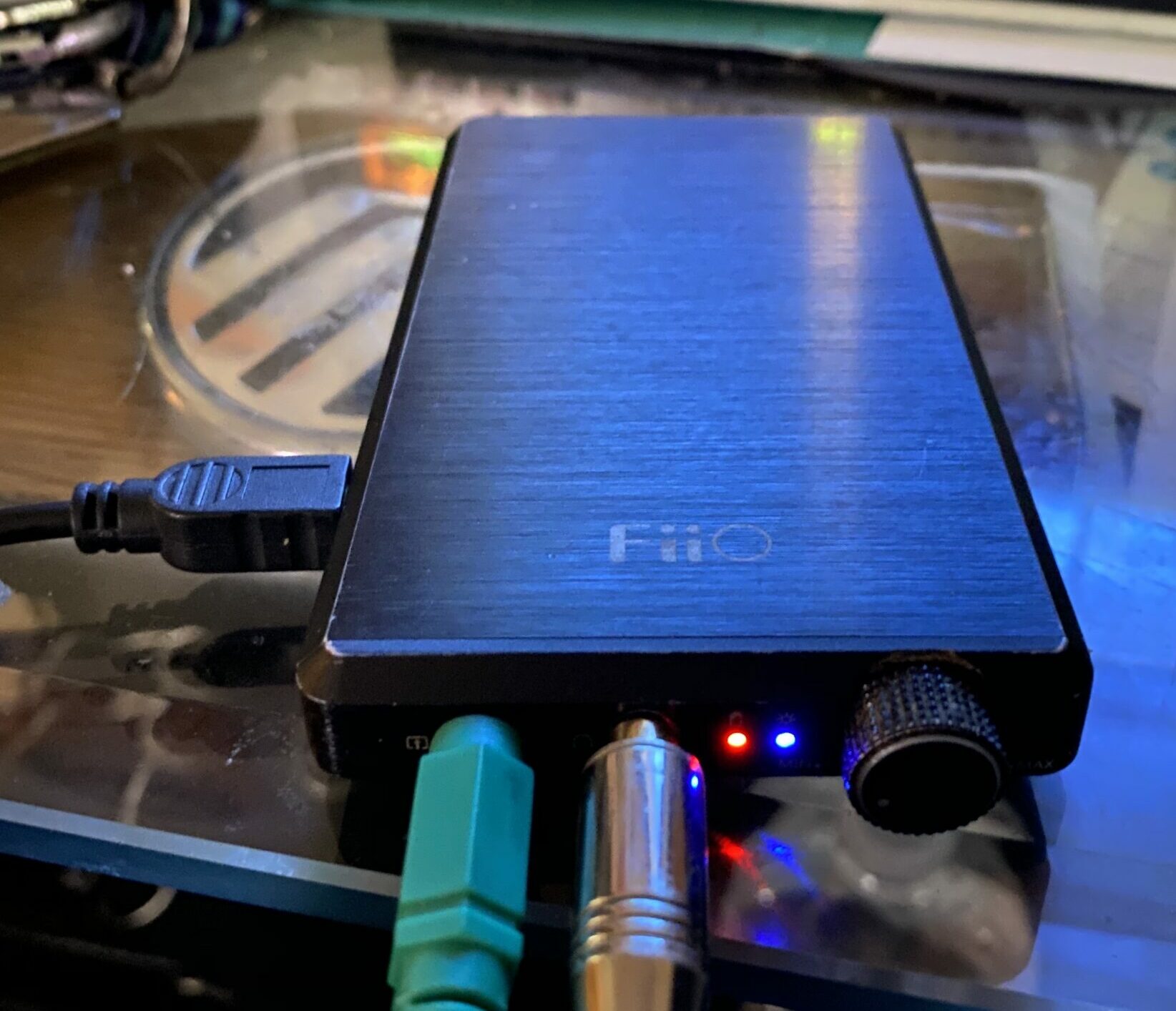 Unlike how power is rated for speakers, headphones are rated with milliwatts instead of watts. This is due to the fact that headphones need little power compared to speakers. Currently, the most power hungry set of headphones I have in my collection are my JVC SZ1000s. The can handle more the 1,000 mWs or 1 watt per channel. This is to give you a general idea of how to think about how much power that a headphone amplifier like the E12 produces.

Resistance – Why it matters

Unlike resistance in speakers, headphone can have a large variety of resistance that usually varies from 16 ohms all the way to 300 ohms. A common misconception of resistance is that it correlates with sensitivity. While it is true that a set of headphones that are 300 ohms will be quieter than a 16 ohm set, this is just due to the fact that the higher the resistance is, the less power that a solid state amplifier will make. Tube amplifiers are another story however which will not be covered in this post.

A Portable Headphone Amplifier VS A Desktop One:

The FiiO Mont Blanc E12 is currently the most powerful portable headphone amplifier. As it is portable, it has a built lithium ion battery. As such, it can fit in your pocket and be used on the go. Although a desktop headphone amplifier can produce more power with ease, the FiiO Mont Blanc E12 is smaller than most smartphones while still being able to drive headphones like my JVC SZ1000s. This is crucial to most as a lot of us take our headphone out into the world. Being able to feed our headphones with a good deal of power is crucial for them to sound their best. This is especially true if an equalizer is used. 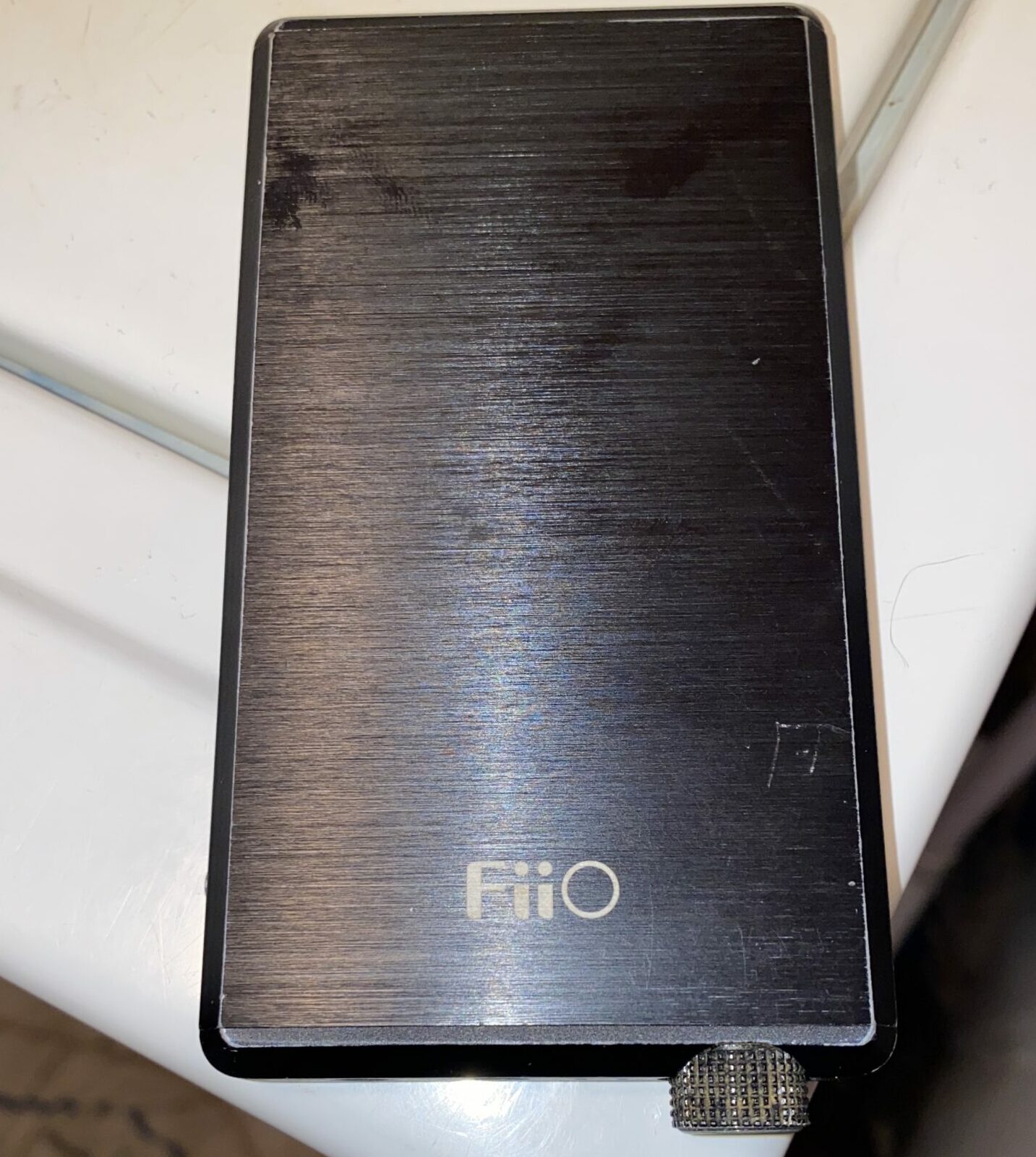 Starting off with the design, the E12 really has an interesting design. The case that houses the battery and amplifier is made out of brushed aluminum with a rather nice finish. The E12 has a decent amount of weight to it.

On the right side, you’ll find the gain switch and a crossfeed switch. These switches take a small pointed object to flip such as the tip of a pen to operate. This is nice as you don’t want to accidentally bump the gain from 0 dB to 16 dB or bump the crossfeed while listening.

On the left, you’ll find a 0-3 dB bass boast switch that really comes in handy with bass-shy headphones. You’ll also find the micro USB port that is used for charging the Mont Blanc.

On the top, there are two screws for the battery as you can remove and replace it if needed. My Mont Blanc still has the original battery from 2014 that still holds a rather long charge.

On the front, there is a really nice analog volume knob and a couple LED lights. There is a power LED that illuminates blue when the battery has a good charge on it. This LED will however change to red and flash when the battery is low. I’ve averaged between 10-15 minutes at a lower volume with the light flashing, Back when I was in school, I could get through 10+ straight hours of listening and never see the LED turn red. Now this varies with headphones and how loud you’re listening. The other LED illuminates a nice orange color as the E12 is charging. FiiO did something clever here however. The faster the light is blinking, the faster the FiiO is charging based on the connected power source. The overall build quality reminds me of a high quality car stereo amplifier shrunk down into handheld form. When turning the E12 on, there is a protection relay that clicks just like a power amplfier. This just adds to the experience of this portable powerhouse.

As far as sound goes, the FiiO Mont Blanc E12 has an interesting sound presentation. The overall sound remains untouched for the most part although I found the E12 added a little bit of warmth. This warmth is very subtle and will compliment headphones like my Sony MDR V6s. Overall, I found that the FiiO Mont Blanc E12 did enhance the sound of my already good sounding iPhone 4S.

Now for the main selling point, the FiiO Mont Blanc E12 does not disappoint. I found that the E12 can drive all of my headphones to a very loud volume. The only headphones that could max it out were my JVC SZ1000s as they are very power hungry. At this volume however, the SZ1000s were literally rattling my head and making my ears hurt. Although I can’t speak too much for headphones with a high resistance, I found the E12 capable of driving any headphones that you would be willing to take out into the portable audio world.

Will the Mont Blanc replace your desktop headphone amplifier? Probably not, although it does come close in terms of power ratings. Most of us audiophiles don’t need much more power for our critical listening endeavors. FiiO hit the bulls eye with the E12 back in the day. It is sad to see the Mont Blanc E12 be succeeded but I’m sure that the FiiO A5 sounds just as good if not, better. Please feel free to comment down below. I will answer in questions you may have about FiiO’s E12.