In this article, I’m going to introduce you to my sound quality based car stereo set up. This is going to be different from the usual gear you see here. As in a car, things are a bit different. The Sony CDX FW570 is an extremely good sounding car stereo receiver. Sony back in the day knew what they were doing in the world of aftermarket head units.

The car that the Sony is installed in is a 2002 Mercury Grand Marquis GS. This car is part of the shared Panther platform. This platform includes the Ford Crown Vic, the Mercury Marauder, and the Lincoln Town Car. My Grand Marquis has been the best daily driver I’ve ever owned. Due to the fact that I am an audiophile, I love being able to listen to high fidelity sound in my car. It really is an experience to be cruising down the road rocking to some good sound. Awhile back, my Dad had a Grand Marquis with this same head unit. It sounded great even with the factory speakers. As it turns out, the factory speakers that Ford used with the Panther platform are very good. 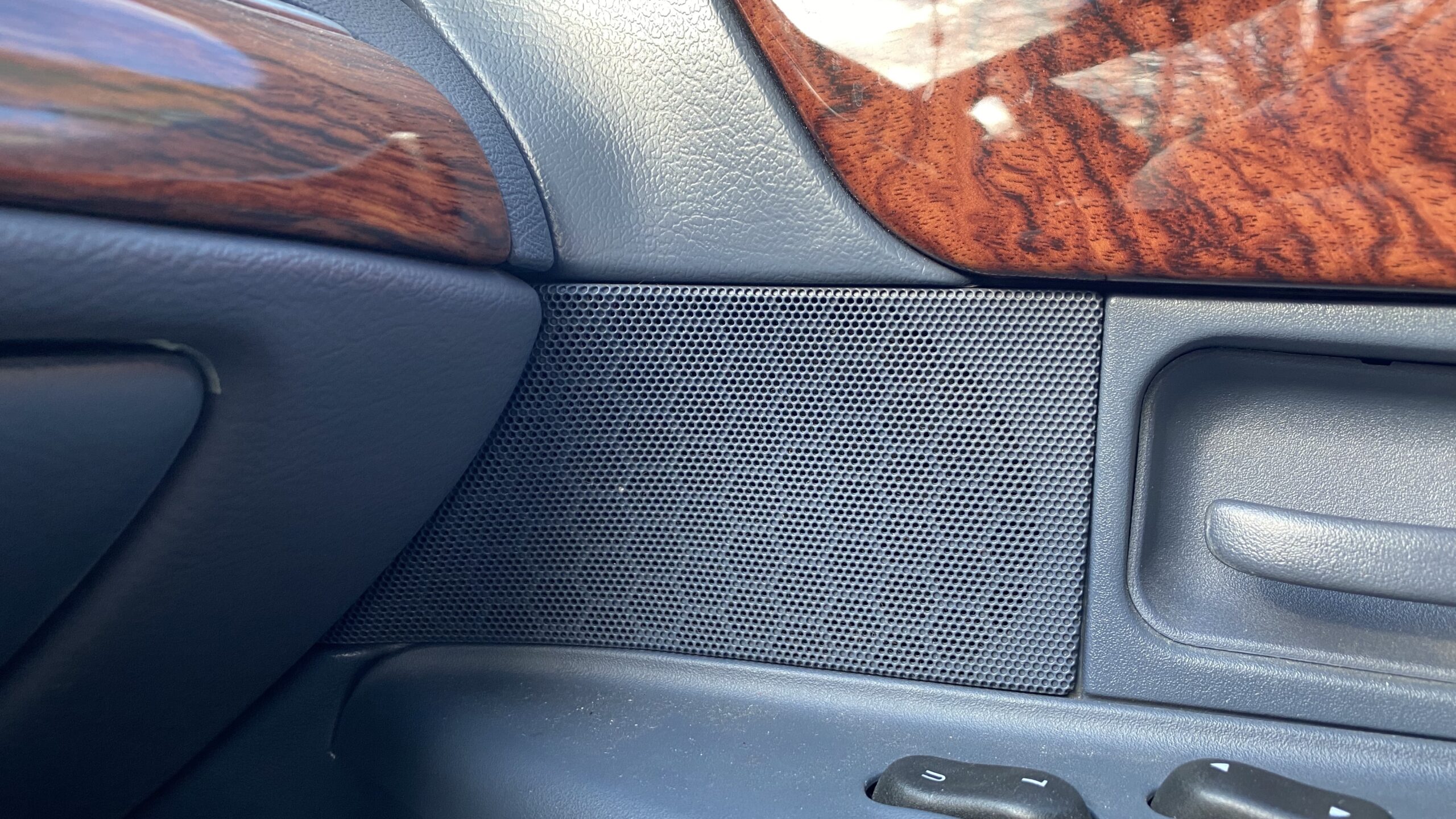 In the doors of my Grand Marquis, a set of 6×8 full range speakers reside behind the door panel with a small grill focused directly on the center of the cone. This is good in the way that it allows treble resonating from the dust cap to easily enter the car interior while calming down the mid range. On the rear deck, Ford used a set of 6×9 woofers for the lower end. Ford however left a little to be desired with the factory head unit. The factory head unit was not showing the potential that these speakers actually had. Ford really did shock me with the factory speakers in these cars. I’ve never heard factory speakers sound so good.

Where The Sony CDX FW570 Comes Into Play:

Being an audiophile, I knew what kind of receiver I wanted to install into my Grand Marquis. I could care less about features such as hands free calling, terrible sounding XM radio, a touch screen, or even a back up camera. None of these features matter to me. I just want a head unit with a lot of power and an emphasis on sound quality. Back in the days of the older Sonys, that was the emphasis. Nowadays, you’d be heard pressed to get this sound out of a modern unit. If you do, post the model number down below. I’d be shocked.

The FW570s capabilities – A recipe for good sound!

Let’s start with the amplifier section. Sony used this amplifier section on many head units. It was a proven amplifier that could produce 52 WPC out of all four channels. This is loud in a car (loud enough to mess your hearing up). It’s even loud in a big car like my Grand Marquis. Most modern car stereos fail to produce even half as much power as this. You could argue that installing a dedicated 4 channel amps is needed. But considering that this solution would take way more work, it wasn’t viable to begin with. In the end, I spent $45 on the Sony and $10 for the harness. I never even bought a mounting bracket. The head unit has been fine sitting the way it is for over a year. I have quick access to the aux in which comes in handy.

This is an interesting DSP feature. The only way I could describe DSO is as a way to enhance the sound of your car’s speakers if they are mounted lower. Unlike “sound lift” which is found on most modern head units, Sony’s DSO actually works very well. Although my speakers in my Grand Marquis are located higher than most, I find DSO 2 to be the best. If I listen to a CD however, DSO 1 is the way to go as the DAC is very good. There would be too much treble DSO 2. Even with factory speakers.

If you’re familiar with Sony head units. You’ll recognize their 7 band equalizer. Sony’s EQ7 has been a proven one that works very well. In fact compared to the head unit in my truck with it’s 13 band EQ, I find the EQ7 way better. It makes my Grand Marquis’s factory speakers sound really good. Sony also allowed you to use tone controls along with EQ7. Combining the two can really become a match made in heaven. You can increase 16KHz and decrease 6.3kHz while increasing the treble tone control. This allows you to extend the frequency response of your speakers. The bass tone control lets you also make quick adjustments to the amount of bass you want depending on your music. This is a good thing that keeps your eyes on the road. This Sony can overwhelm your car’s speakers with bass if your music suddenly calls for it.

Just look at the display. This is a sign that Aiwa, a good audio brand bought by Sony had a little influence on this head unit. There’s a latency free spectrum analyzer for EQ7. There’s also a graphic showing which level of DSO you’re using.

For a car stereo, The Sony FW570 has the best sound I’ve ever heard out of a head unit. The FM tuner is probably the best I’ve ever heard even compared to my stereo receivers. Even the Sony’s CD player sounds extremely good. The DAC is just uncomparable to any head unit I’ve heard. External auxiliary sources sound very good as icing on the cake. By buying a good USB DAC, you could make the Sony CDX FW570 work with modern devices like your smartphone and a Tidal HiFi subscription. No matter what you listen to, you’re hit with a wide sound stage and a lush sound. This is the type of sound that’ll make you want to drive your car just so you could listen to it. The tonal quality makes you feel like you’re listening to a high end vintage stereo receiver in your car. Sometimes, I’ll just sit there in my car listening to the stereo. Thankfully, I have a good battery. Otherwise, I’d strand myself.

“You know you’re an audiophile when you’ll sacrifice anything for good sound” – Rhett I’m sure that quote explains my conclusion very well. But just in case… As you see, I opted for a head unit designed back when car audio was designed with good sound in mind instead of something mean’t to do too many jobs. I believe new cars should be built with the stereo as a separate system from the infotainment system found in new cars. I doubt this will happen although I could dream. For now though, I hoped you enjoyed reading. Now enjoy listening to my car audio set up!