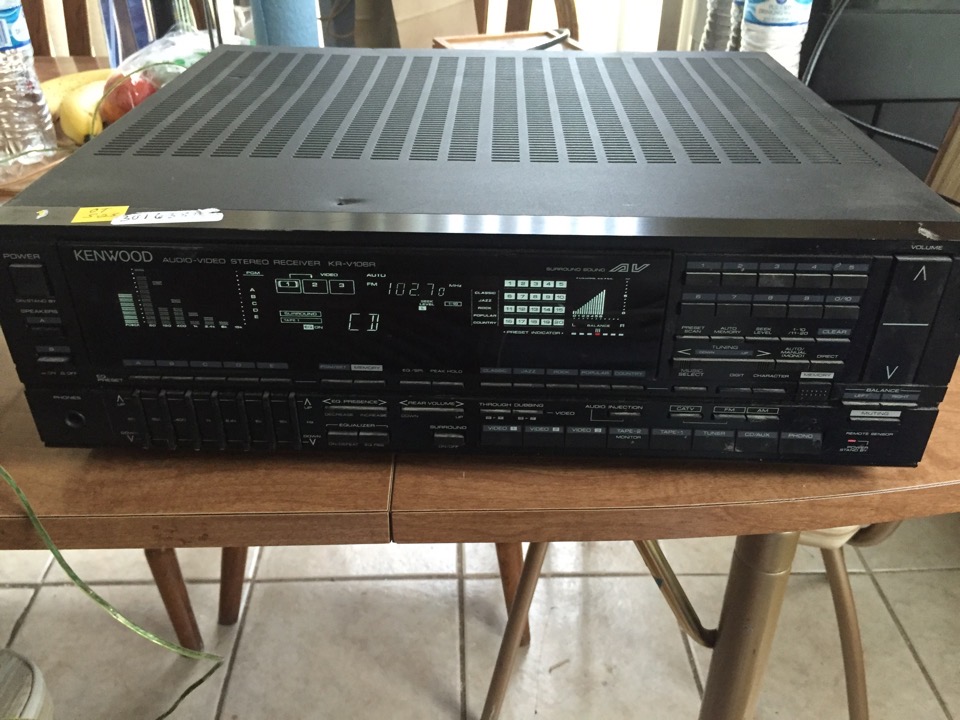 Look at the beautiful display…

Just look at it… This series of Kenwoods are underrated by far, This was top of the line back in the late 80s. That spectrum analyzer for the equalizer is just eye candy. Unlike most spectrum analyzers, this series Kenwood’s doesn’t have any latency. Instead, it dances with your music. Just wait until you see it on the video bellow. To the left, the power indicator is exactly like the analyzer. No Latency at all. Instead, the power indicated jumps as the Kenwood pumps power to your speakers. For speakers like my Yamaha NS A637s that like some bass, that thing jumps with the beat. It will sure draw the attention of any quests. Sometimes when watching action movies, instead of looking at the TV, I find myself just staring at the Kenwood. It truly is a piece of audio art. Kenwood surly however didn’t skimp costs on the amplifier sections of these 80s beasts however.

Kenwood wasn’t playing around back then like the others.

I’m sure you know that back in the 1980s, manufacturers of stereo receivers started to quote “peak” power instead of RMS. Due to this, most receivers from the 1980s didn’t stand buy their power or sound. Kenwood however approached this a bit differently. Starting with the Kenwood KR-V86R in 1987, It pumped out 80 watts per channel RMS with only 0.008 THD. Later on however, Kenwood released the KR V106R while bumping the power rating to a hefty 100 watts per channel with the same low 0.008 THD. Then the KR V126R came out with a rating of 125 watts per channel with the exact same 0.008 THD. Even then however. Kenwood still wasn’t satisfied. In 1989, Kenwood released the king of this series with a whopping 130 watts per channel with….. You guessed it, 0.008 THD. This would be the KR V127R That’s a lot of clean RMS power out of a 1980s digital beauty. One of these days, I’ll get my hands on one. Not that the difference would be noticeable between the V126R and V127R. 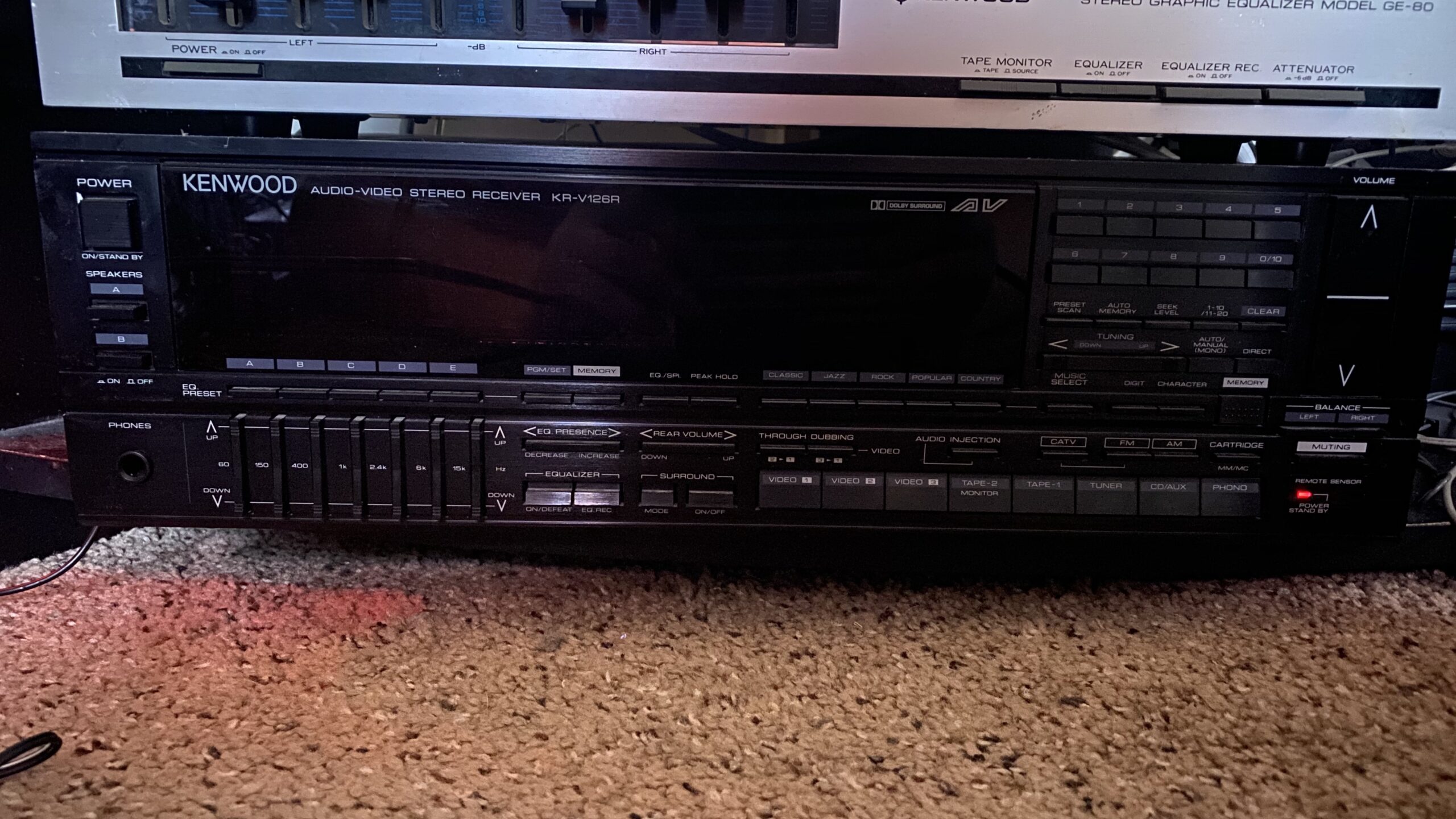 You get both a ton of features and performance out this beast. These Kenwoods all have the same design. You get a 7 band digital equalizer with up to 5 presets. You also get up to 20 presets for the digital tuner. Not only that, you get 3 video inputs along with tape, CD, and a Phono input. Kenwood also threw in a special “Audio Injection” feature which allows the mixing of two sources With all of this, you would think that Kenwood would slack on the power. They didn’t, instead, they built my Kenwood KR V126R as a monster. But numbers and features are one thing. We forgot the most important part of a piece of audio gear

It’s hard to compare a stereo receiver designed in the 1980s to one in the 1970s. They were designed for different music altogether. Listen to some 80s music. Then go back to 70s music. They’re two entirely different sounds. That how it is comparing the Kenwood KR V126R to anything from the 70s. The sound is bright and crystal clear. It’s almost as if there wasn’t a 125 WPC amplifier in between the original source. The sound is very good when it comes to clarity. But for those who like the warm 70s sound, this series of Kenwoods don’t provide this. Should this stop you from buying one if you come across one? No, this bright, crystal clear clarity is a good thing. You can add the warmth with a tube pre-amplifier. This will allow you to color the sound the way you want to by what is known as rolling tubes. I currently have the FX Audio Tube-01.

With all of this, what’s the catch?

There is one weakness I’ve discovered with these Kenwoods. Remember I stated that I own two of these beasts. The first one I bought after winning a $14 online Goodwill auction (talk about a score). I owned it for about a year when it started dropping the right channel intermittently. Then after about a month of doing this, the KR V106R started having trouble turning on before one day, it just wouldn’t turn back on. I was going to get it repaired until one day, I was wandering around EBay when a KR V126R popped up under auction. I won that one for only $120. That’s a steal by a long shot. I have yet to have any issues with this one. I’ve owned it for 5 months now. I read online that it is a known issue. I’m going to get the KR V106R fixed as I heard it was a cheap fix. These Kenwood beasts are worth keeping around. They sound great, look beautiful, and do not lack on features. In the end, they’re an excellent addition to one’s collection of gear.