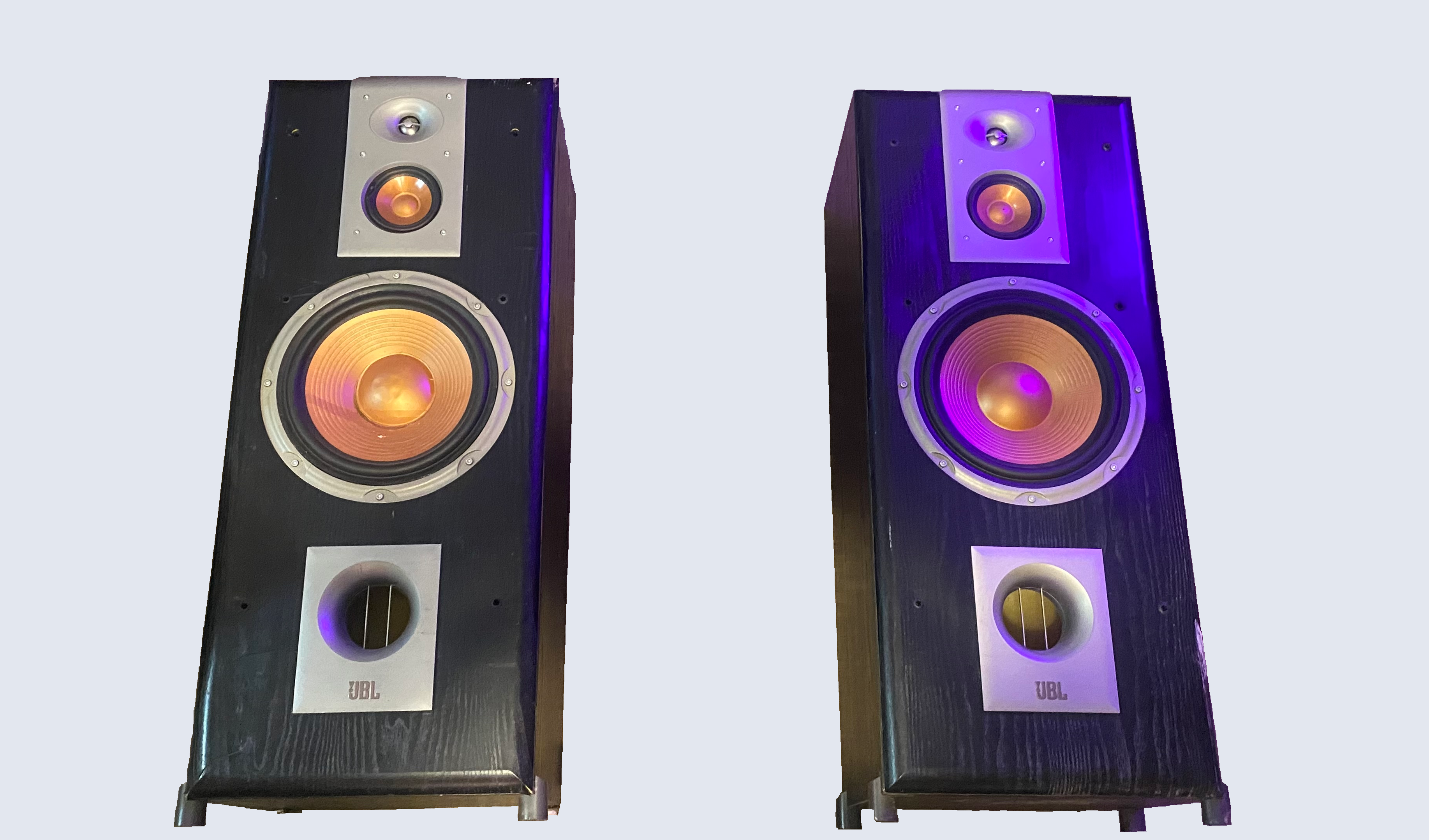 Well, in this review. I’m going to give you my impressions on this lesser-known set of speakers. The JBL S310s.

Wait, you got them for free?

I already knew you were going to ask… Yes, I did. But there were multiple reasons for this. But, I’m also going to cover why someone might give a set of speakers away.

They Don’t Know Their Value: Yes, it is possible to run into someone that doesn’t know what they have. Us being audiophiles, we’re in such a niche hobby. The average person isn’t picky about sound like we are. So, they just let gear go,

Significant Damage: This is one of the more likely cases, as this was the case with my JBL S310s. This damage could be from blown drivers, to cabinet damage, or anywhere in between.

Too Big / No Space: Like I said earlier, in this modern world, no one wants bulky stuff. Funny thing is, for sound, bulky is almost always better. The average person does not know that. 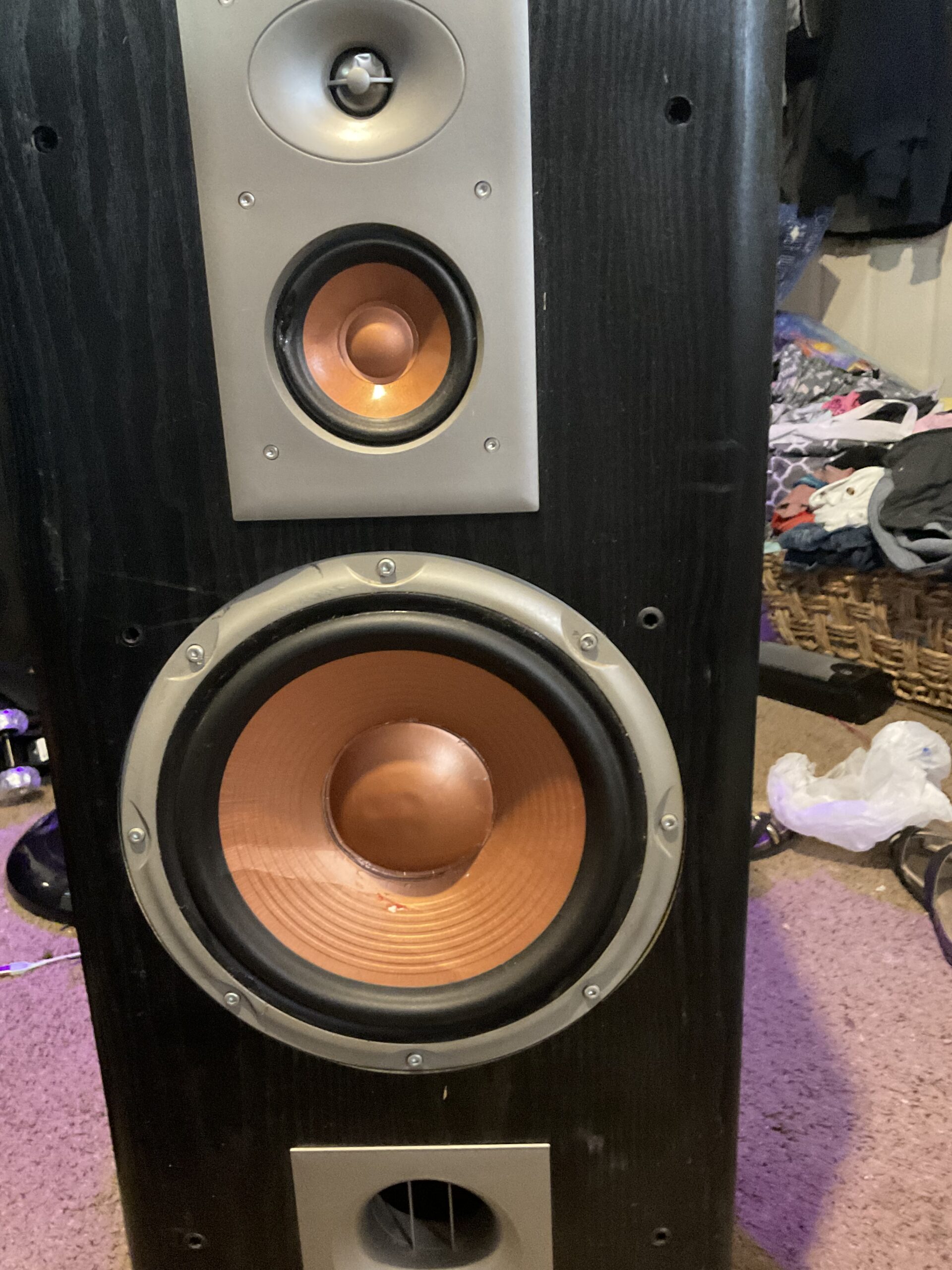 Anyways, back to the review, let’s talk about what makes the JBL S310s such an interesting set of speakers. If you take a look at them, it’s clear exactly what era of speakers these were built during. The late 90s through the early 2000s. This was an interesting time for HiFI speakers.

Why is this, might you ask? Well, in the 90s, speaker manufacturers were still making floorstanding speakers. Floor standing speakers tend to be large, and wider than they are deep. While, in the 2000s, speaker manufacturers were starting to play with a new kind of large speaker. This would be the tower speakers that are more common today. They’re tall, deep, but narrow in width. They tend to provide a much more flat and accurate sound than floorstanders, but aren’t usually going to give you that warm, rich sound floorstanders are known for.

The JBL S310s, are actually sort of like a cross between floorstanding speakers and tower speakers. They are tall, wide, and deep. This was an interesting design that made me really anxious to get these beasts hooked up. What’s more, they are heavy. Very heavy. More than likely, the heaviest set of speakers I’ve had to carry yet.

They have huge ported cabinets for having 10″ woofers. They made my Pioneer GS-203s look tiny. They also featured dome tweeters which are more common on newer speakers.

Upon Bringing Them In…

Being as excited as I was, I carried these heavy beasts inside. On the way, I noticed I had a few dented dust caps to deal with. Got out the old roll of electrical tape and pulled the dents out. But then, on one speaker, I noticed some real bad cabinet damage. This immediately about killed the mood. 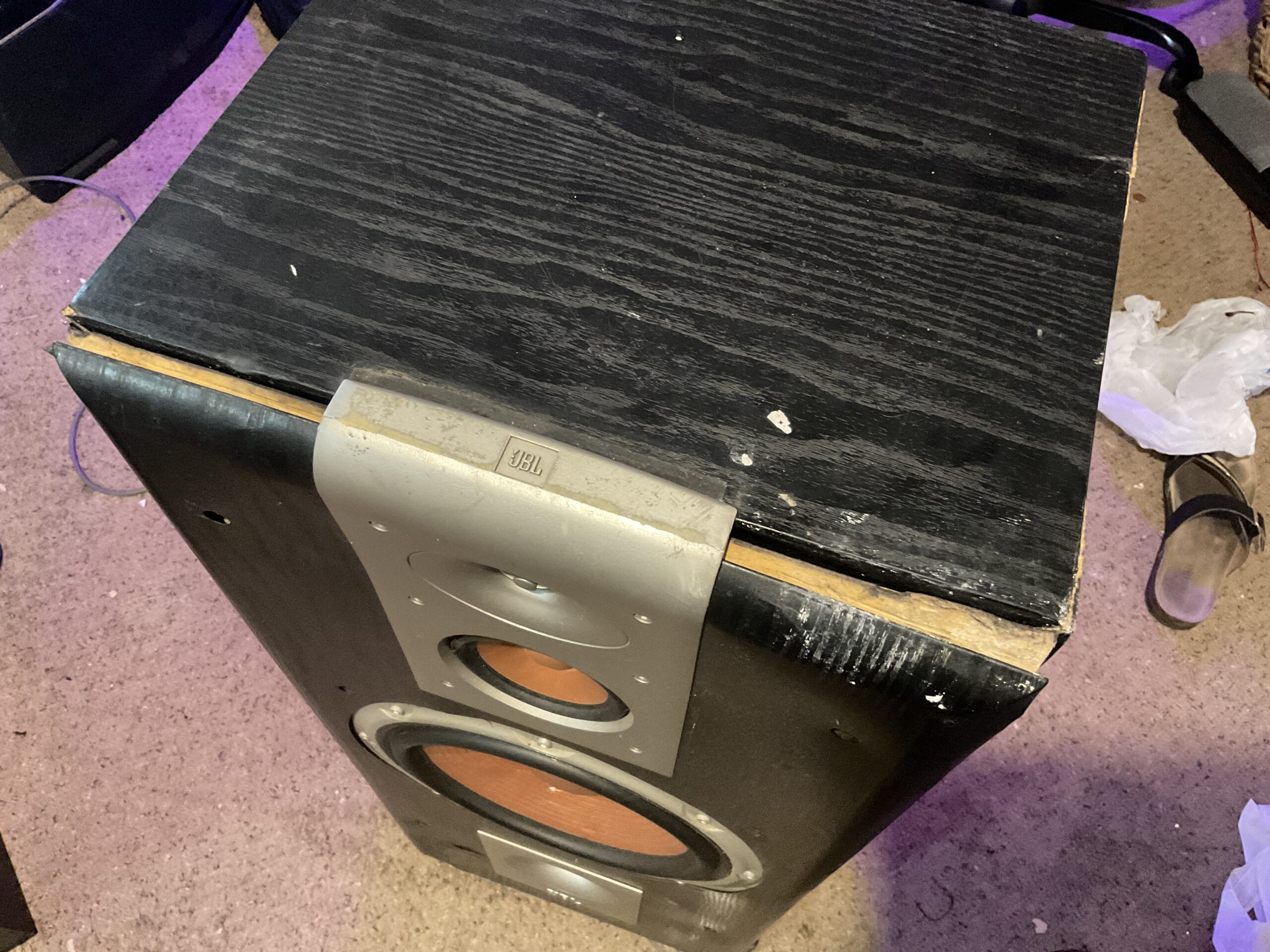 It appears that the front panel of the cabinet started to separate, while this panel was also rather soft. This is a classic sign of rotting wood. In case you didn’t know, this is the #1 killer of a set of speakers. You can always replace components such as drivers, crossovers, etc. But the cabinets, unless you can find a donor set, you’re pretty much done. This is something I hope you as an audiophile never have to go through. This was my first time running into a rotting cabinet. What’s more, the other speaker was solid. This leads me to believe that the rotting speaker got significantly wet. This is to be expected with free speakers. Let’s just hook them up and listen.

Talk About An Experience – The Sound Of A Hurt Set

Immediately, I noticed one of the tweeters was gone. Surprisingly, this was on the speaker that did NOT have the rotting cabinet. This was a surprise. The rotting speaker actually had all drivers functioning. So, I thought something might have come disconnected. Unfortunately after removing a woofer and the tweeter, everything looked fine, It was a blown driver. These speakers definitely did not have an easy life.

Now into the sound. The JBL S310s, immediately surprised me. Even with one speaker literally being ate alive, the low end was extremely deep. This was likely due to the 10″ drivers having so much cabinet to work with. This might come as a surprise to you, but a larger driver in the same cabinet, will actually not get as low. But it will provide a warmer low end

That was the case with the JBL S310s. The low end was very deep, but the warmth was very relaxed. This was definitely not the sound I am used to. But it really gave these JBLs a nice, transparent low end.

Getting into the mid range, the S310s really were studio like in their sound. Think of a set of Sony MDR V6s as speakers. That is literally what the S310s sound like. I was real taken back by the way the S310s pulled out even the tiniest of details.

Getting into the high end, even with one dead tweeter, the high end was very present. The one dome tweeter that worked might’ve been the best dome tweeter I’ve ever heard. It really did a good job working with the mid range driver to give you that single speaker impression.

To Wrap It Up: Final Plan

Overall, I was very impressed with the JBL S310s. If that one cabinet wasn’t severely damaged, I’d replace the tweeters and keep them. In fact, I will be keeping an eye out for a set that is in better shape. As for this set, I will be saving the components for a future project. As previously, I would run into a set of speakers needing drivers or other components that are within spec.

If you ever find yourself with a set of good speakers that have hurt cabinets, save the components. You’d be surprised with your next set of hurt speakers might just need to sound like audio heaven.