Do you have an older car stereo sitting around collecting dust? If so, did you know that you can re purpose that old head unit as a stereo receiver? Due to the fact that you’re here, I’m assuming that you want to use a car stereo as your stereo receiver. As strange as it might seam, an old car stereo actually makes a great stereo receiver. A lot of the older head units like my Sony CDX FW570 have really good tonal quality. Not only that, the tuners are superior to most modern day stereo receivers. Some even pump out some decent power along with pre outs that can be connected to a larger power amplifier that needs a pre-amplifier. There are a lot of things you can do with a car stereo. I’m going to explain how you can run a car stereo in your house off of AC power. It is actually very easy to accomplish.

Why Use A Car Stereo For Home Use?

Well to put it straight: There is no better substitute in terms of size, cost, features and function of an in car receiver. Let me start off with size. Being a single din head unit, my Sony CDX FW570 takes up little space. In fact, it’s small enough to be tucked away in a tight space such as on my monitor’s stand. Or you can build it into a coffee table, cabinet, or even your TV stand. Yet, it still can pump out 52 watts per channel. Now for cost, the CDX FW570 sells under $50 regularly on eBay. You’re not going to be buying any in home receiver for this price with the tonal quality of this old Sony.

As far as features are concerned, you’re getting a 7 band equalizer, bass/treble tone controls, DSO, and loudness. You also get a really solid sounding FM tuner with 18 presets, a CD player with a really nice sounding DAC, and aux in for connection to whatever device you may wish to listen with.

Even though you can use the built in class D amplifier, you also have both the front and rear sets of RCA jacks. This will allow you to use the head unit as a pre-amplifier and run a really nice power amplifier or even a set of mono blocks. This Sony also has a set of dedicated subwoofer pre-outs that you can run two subwoofers off of in stereo. Again, you’re not going to be doing all of this with an in home stereo receiver for this price. These are only some of the reasons to run a car stereo in your home.

As you know, a car’s electrical system is 12 volts of direct current. Inside your house, your outlets are based off of 120 volts of alternating current. For starters, this is not hard at all. In fact, there are a lot of devices that run off of 12V DC in your house. They are powered by a small 12V power supply. Many of you may already have one of these lying around. Dig one out and take a look at the sticker. The power supply should be able to output 12V DC with a minimum current rating of at least 1 amp. I recommend though that you find one that can pump out 2 amps or more in current. This will ensure that your car stereo’s amp can produce it’s rated power. 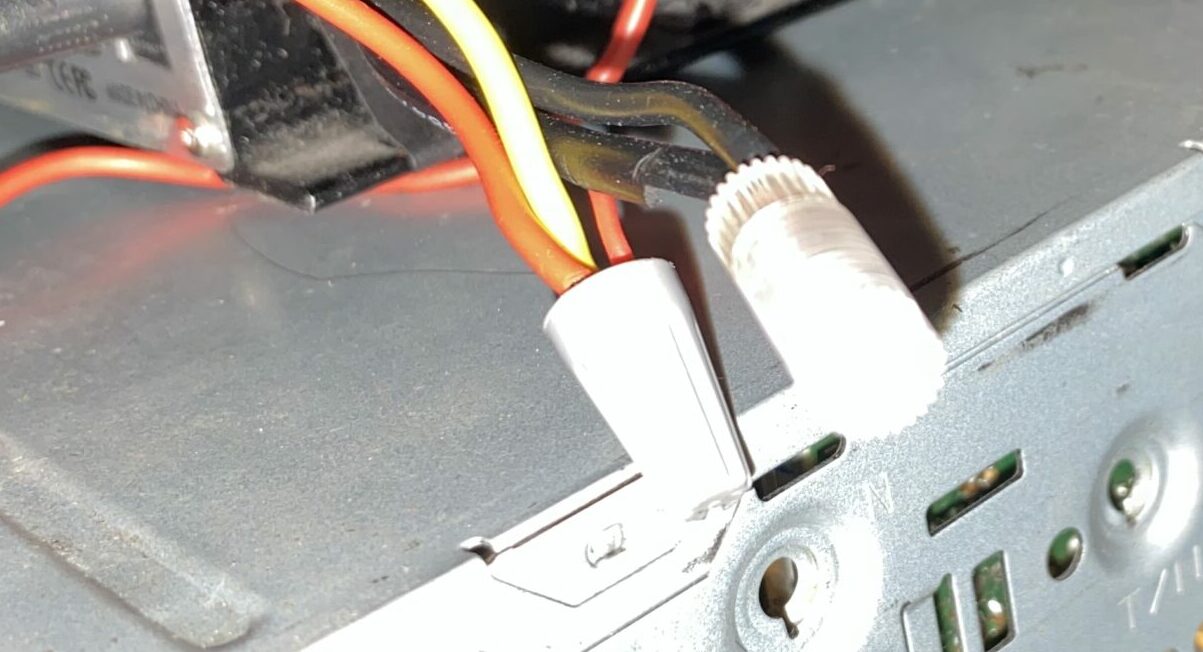 When you have a suitable power supply, take a look at the connector. Leading up to the connector should be a pair of positive and negative wires. If your power supply has a jacket over these wires, then it might not have a set of positive and negative wires. Keep in mind that if it doesn’t have these two wires, if you cut it, you will not be able to use it. Now while keeping about 3 inches of wire from the plug, cut the wires. Peel the two wires apart and strip them. One will have a small white line while the other will just be a solid color. Usually, the one with the small line is negative. Get yourself some wire nuts and wire up negative with your stereo’s ground wire. Take positive and connect it to yellow which is 12V constant and Red which is switched power.

With these wires connected and crimped, your stereo should come to life when you plug in the power supply. If not, check your stereo’s fuse to see if it is blown. If it is, replace it with the same rated fuse and try plugging the power supply back in. If the fuse isn’t blown, check your wiring to make sure that nothing came loose. If the wiring looks tight, then try switching your positive and negative leads. If all else fails, test your power supply with a multi meter or another 12V device and verify that it works. If the power supply is showing weak output or isn’t showing any sign of life at all, then you’ll need a new power supply. I recommend the Chanzon 12V 3A Power Supply as it also includes a nice little adapter that let’s you connect bare wire to it without splicing off the connector.

Bonus: Running Your Car Stereo Off A 12V Power Bank 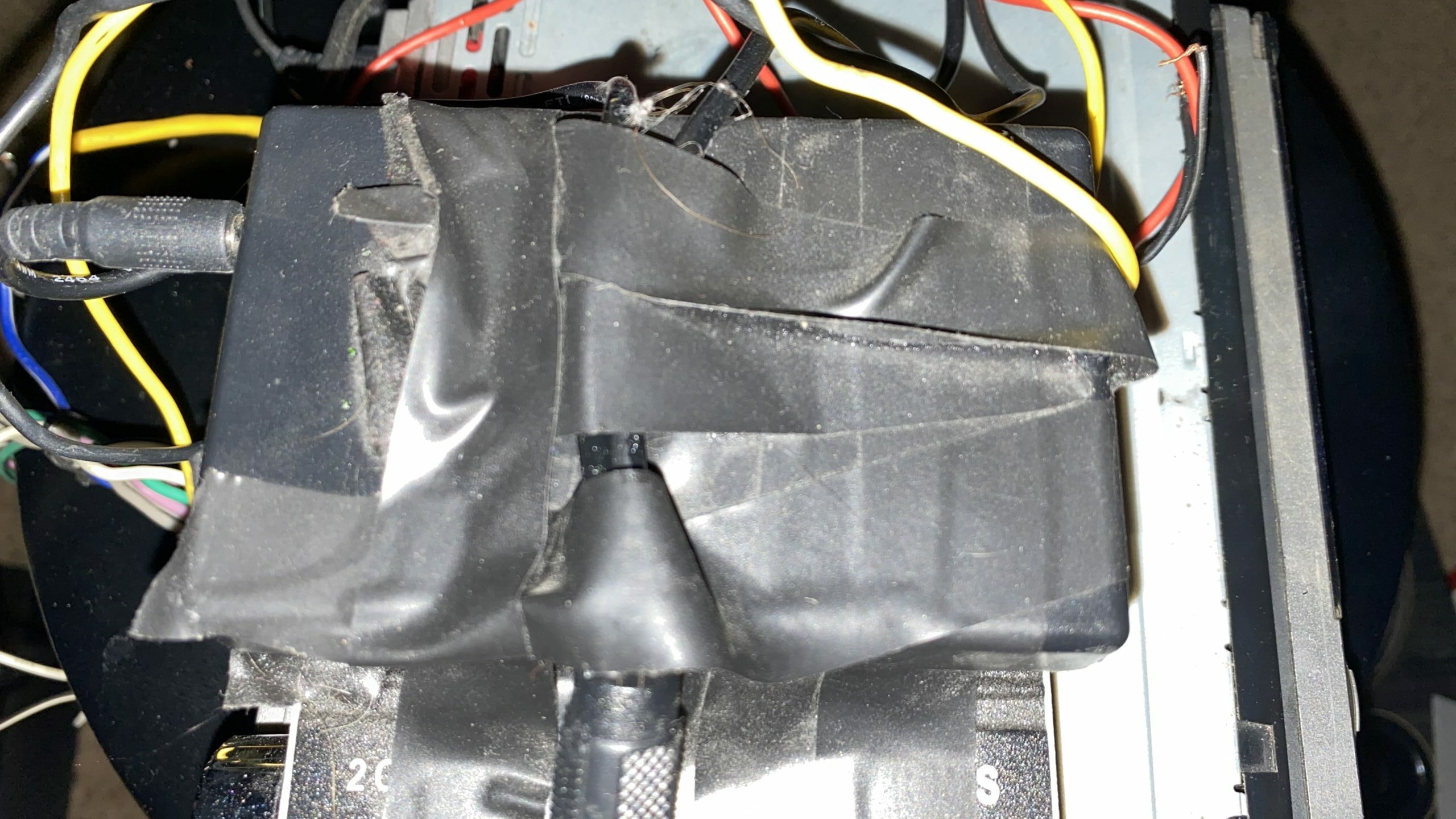 Believe it or not, you can run your car stereo off of a 12V lithium Ion power bank. I have Talentcell’s 3000 mAh power bank that I use to power my Lepy 2020A mini amplifier. It can also run my Sony CDX FW570 with ease. Battery life is dependent on how much I crank up the Sony. I find that I can get around two hours with the Sony at moderate levels with one set of speakers connected. That not bad considering the Talentcell is not much bigger than a smartphone. If you plan on running your car stereo off of a power bank, I recommend Talentcell’s 6000 mAh power bank. It will have twice the battery life of mine. Talentcell has also discontinued their 3000 mAh power bank.

As you just saw, it really isn’t that difficult to run your car stereo in your home. A car stereo can make a great alternative to a home stereo set up. Now that you got the basics, I’m going to explain just how modular a car stereo is. Yes, you could very well live with the stereo’s built in amplifier. At some point however, you’re probably going to want some more power especially if you like your music loud. 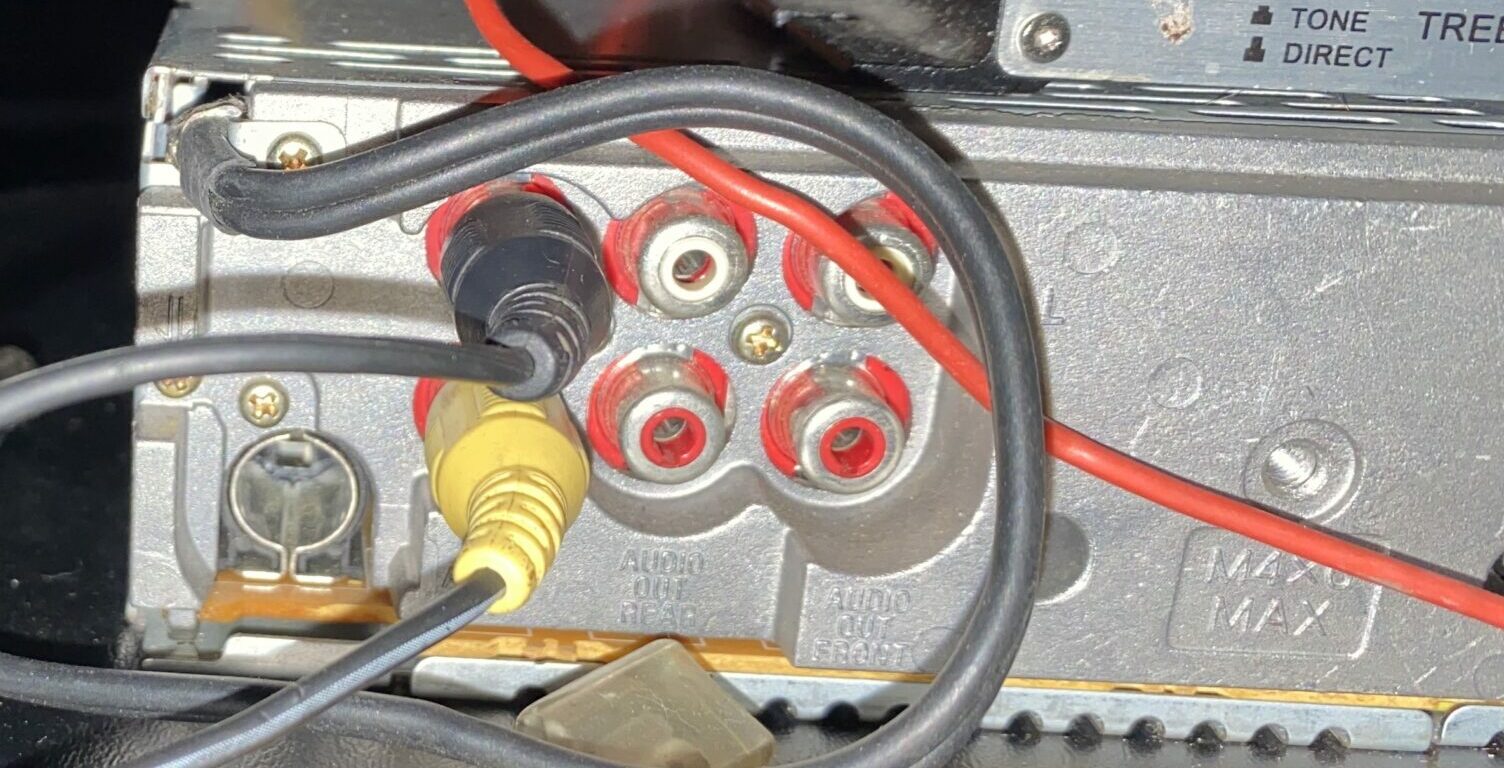 A car stereo makes an excellent pre-amplifier for a dedicated power amplifier. My Sony CDX FW570 has the tonal quality and excellent DSP settings. By combining it with a dedicated power amplifier or even a set of mono blocks, that could make for an extremely good sounding system that literally costs a fraction of what an equivalent stereo receiver could do. In fact, most power amplifiers can output 1,000+ watts per channel RMS! Just take a look at this power amplifier by Sound Town. Their base model starts at 1,000 WPC RMS for only $170. If you’re familiar with the price of amplifiers, that’s a lot of power for so little. Sound Town didn’t stop there as the next model can pump out 1,500 WPC RMS and it costs a mere $240.

Adding A Subwoofer To The Mix: 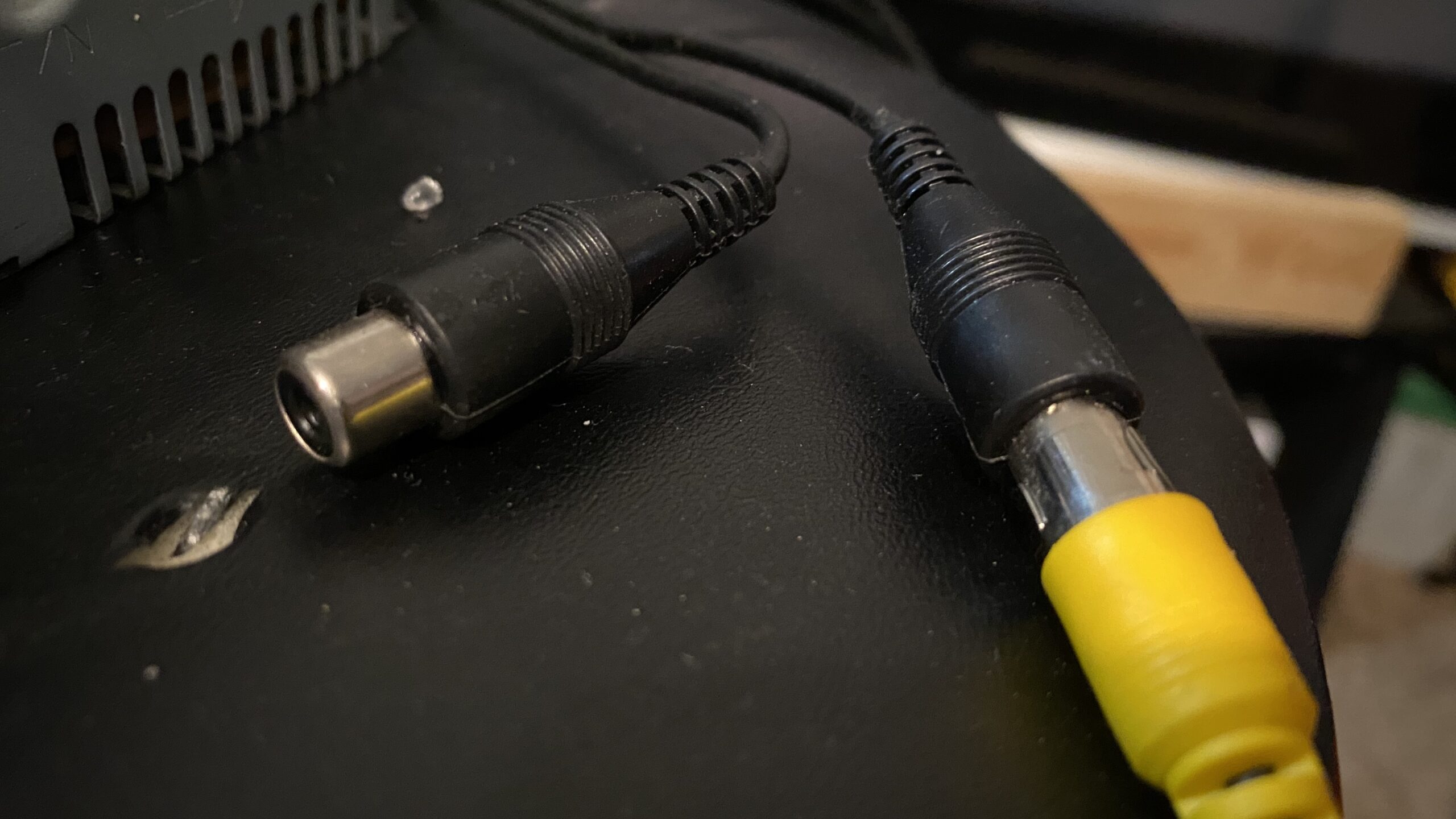 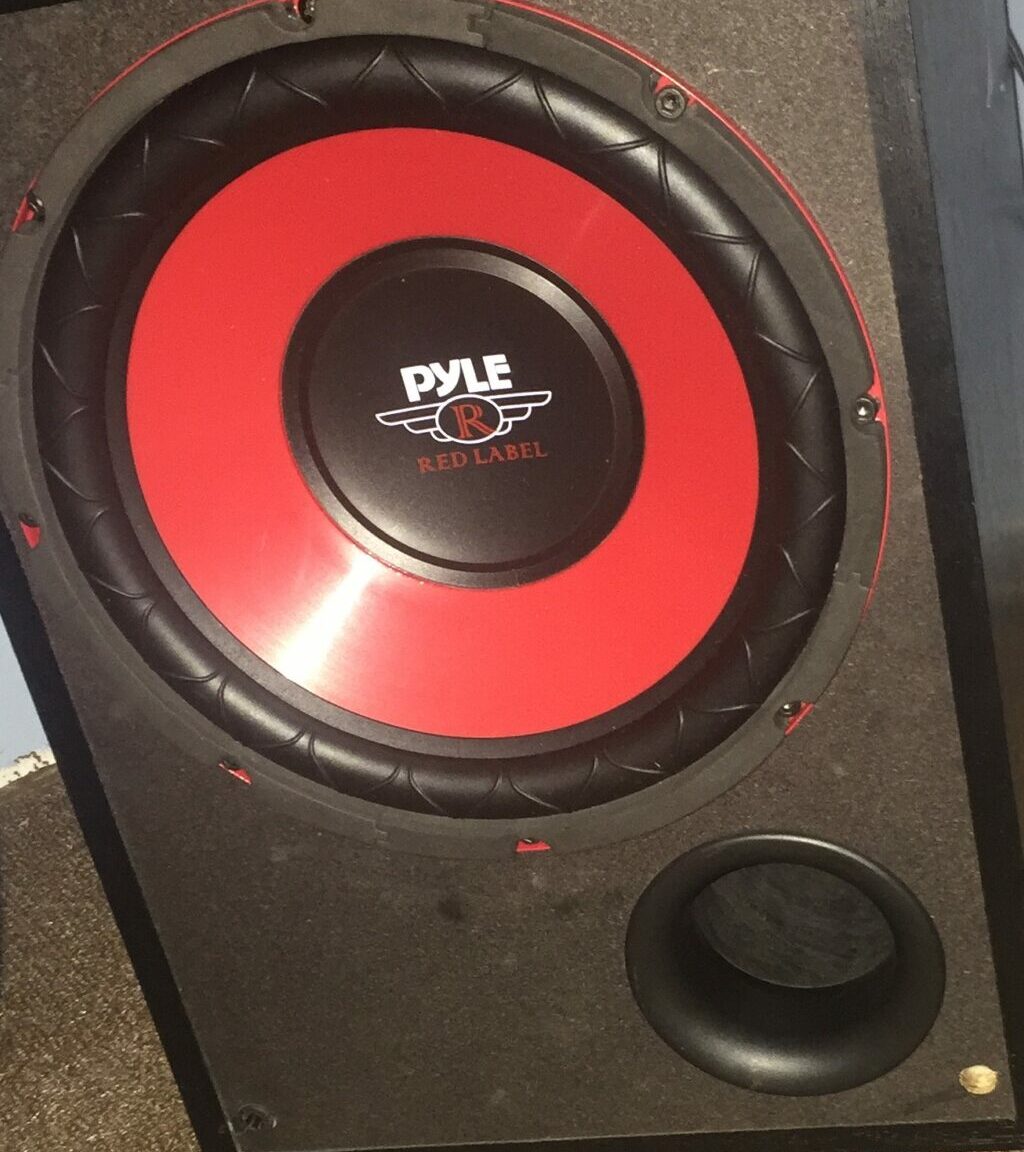 Using a car stereo in your home isn’t so wrong after all.

There are many legitimate reasons to use a car stereo for an in home setup. For one, they are a dime, a dozen. Second, they are very compact especially single din units like my Sony CDX FW570. Third, they have everything you need including a good tuner, a lot of DSP processing, multiple other sources and features. Car stereos also are capable of driving one or more power amplifiers that can really push your speakers. Forgetting all that, anyone who sees a car stereo powered up inside your house will be in awe. Especially if you get creative on where you can mount one. For now, thank you for reading! Feel free to comment down below if you have any questions or experiences regarding car stereos being used in a home audio application!

8 thoughts on “How To Run a Car Stereo Receiver At Home – Should You?”